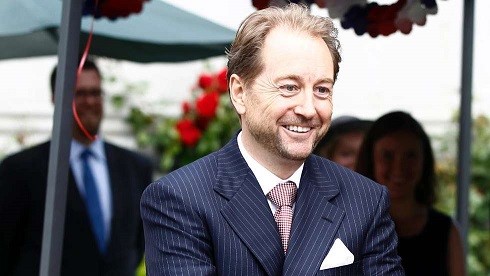 The Norwegian billionaire Kjell Inge Røkke is currently funding the purchase of a giant research vessel for WWF. The ship will be able to collect and melt up to 5 tons of plastic every day, emissions free. The equipment on board will be cutting edge and enable researchers to take measurements from the atmosphere as well as 6000 meters below the surface of the sea and 20 meters into the seabed.

Røkke, a former fisherman and today one of the richest men in Norway, will pay an unknown amount for the purchase and maintenance of the vessel, which is truly one of a kind, measuring 181 meters, with a crew of 30 and room for 60 researchers. To read more about the undertaking and the exceptional research craft, click on the following link:  https://www.thelocal.no/20170502/norwegian-billionaire-to-build-giant-ship-for-environment-research

Kjell Inge Røkke (born 25 October 1958 in Molde) is a Norwegian businessman and philanthropist and among the richest people in Norway, controlling the Norwegian company Aker ASA. Mr. Røkke launched his business career with the purchase of a 69-foot trawler in the United States in 1982, and gradually built a leading worldwide fisheries business. As at 31 December 2016, Mr. Røkke holds 68.2 per cent of the shares in Aker ASA through his investment company TRG AS and its subsidiaries, which he co-owns with his wife, Anne Grete Eidsvig (b. 1966). In 2015, Røkke was considered to be the tenth richest person in Norway, with a fortune of NOK 17.2 billion, approximately 2.6 billion U.S. dollars. By May 2017, his fortune was estimated to be 2.7 billion U.S. Dollars. Source: Wikipedia