Films of Norway, a Norwegian company, is currently offering their streaming services to people in the US with an interest in Norway. If you sign up, you will be able to see a variety of Norwegian films, TV series, and documentaries at your leisure. Everything is subtitled – if not in English. You can try them out for free for a week.

Here’s what they say about themselves…

We came to realize that there are more people around the world who share the same passion, so we decided to create a website offering Norwegian entertainment. The platform is available 24/7 as long as you have an internet connection and are signed in. The quality of Norwegian film and TV productions has improved significantly over the past decade, and is most likely the reason for the increasing demand from TV & streaming audience worldwide. We share our turnover with the film producers so that they get paid for the art they have created.

Films of Norway offers streaming of TV programs, movies, and documentaries, including this one where you can learn to cook Norwegian style with Ingvill Måkestad Bovim. Picture from Films of Norway’s web site.

Jo Nesbø thriller coming to a theater near you soon! 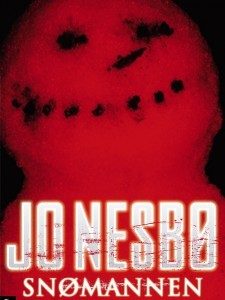 This exhilarating new movie soon to hit the theaters is based on the novel “The Snowman”/” Snømannen” by king of the Norwegian crime, Jo Nesbø, starring Michael Fassbinder as Harry Hole. The Norwegian premiere will be on October 13, 2017, and one week later, you can see it in the US, on October 20th.

More information about the movie: